Alpine skiers – and increasingly Nordic skiers as well – know the value of resistance training, especially heavy lifting. But there are enormous potential benefits to NOT lifting weights – but using the sled instead (above is arguably the best skier of all time, Mikaela Shiffrin, working the sled).

Alpine skiers are known for their massive legs. And gym work is a big part of their preparation for dealing with the incredible forces that they are playing with as they throw themselves down a course. Heavy squats and deadlifts are a big part of what they use to be race-ready.

But I am going to argue that sleds are a better choice for most skiers, most of the time. I have had the pleasure of working with skiers – as a ski coach and strength coach – for more than 20 years. I have worked with some of the best, including Olympians and national champions.

One thing that has always struck me is how much damage most of these top athletes are creating in the weight room. I know of one young promising athlete who effectively got knocked out of what should have been her best season by throwing out her back in pre-season strength testing.

I also vividly remember talking to one skier – one of the best college racers in the country – as we worked out after his last college season. He asked me how I continued to perform in the weightroom at my age, as he was always hurting (joints, back, knees, etc.) because of his workouts. This is one of the reasons that I began to focus on sled training and one of the reasons I think it is the best prescription for most skiers, most of the time.

Why Skiers Should Use Sleds

There are a number of ways to work on power, including plyometrics, loaded jumps, Olympic lifts, etc. The problem with most of these is that they require good technique, and there is frightfully little of that out there. I have seen Olympic champions with multiple coaches regularly before dreadful plyometrics and Olympic lifts. Without true top-level coaching, Olympic lifts especially are less than ideal and potentially hazardous. This is all the more the case at the college level, where many ski teams do not have full time strength coaches, and even if they do, the quality of the coaching can be less than ideal.

Sleds, therefore, are an ideal way to build power without the hazards. They can also be used to build lateral power, which is obviously of primary importance in alpine skiing – as well as Nordic skiing and skating. 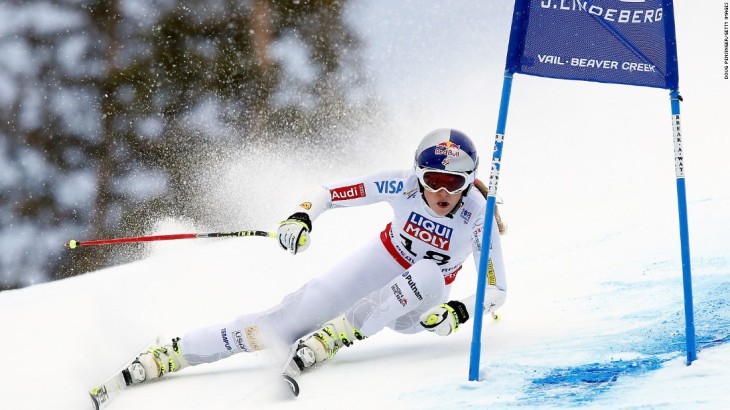 Another advantage, and one I have put to good use, is that sleds can be used for those with upper body injuries (Lindsey Vonn, arguably the most successful ski racer ever, showing off powerful lateral strength, has had a few upper body injuries). If you have a back or a shoulder injury than deadlifts and squats are out. But you can effectively load the lower body with a sled and waistbelt or harness and get in a great workout without involving the upper body.

Sleds also are a concentric only training. In other words, you don’t have to lower (eccentric) the weight, so you don’t get the muscle breakdown that you do with traditional weightlifting.

So even if you are going to stick with your traditional weightroom work, sleds are an awesome addition to your program, and can be a great stand-alone for a period of your periodization. 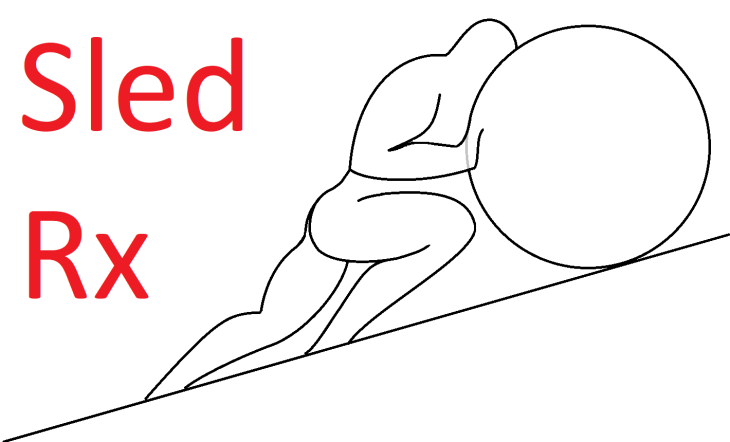 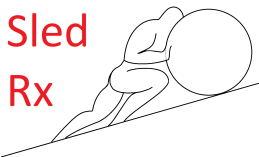 Sleigh: (v) to ride on or drag a sled

So – Sleigh Your Dragin

“The struggle itself toward the heights is enough to fill one’s heart. One must imagine Sisyphus happy.” Camus

The Best Use Sleds

We cannot outpace our burdens. We can only learn to carry them along with the right attitude, effort, and focus. And by doing so, they become lighter. And so do we. Just take the next step…